The architect behind bringing Mujib closer to children 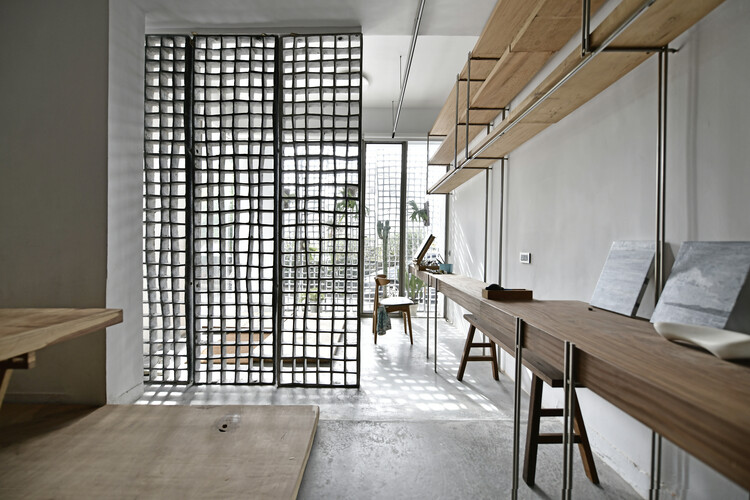 “House No.58” is a renovation project of an old apartment. It is located on the first floor of an alley with an intimate scale and complex context in a high density residential area. There are many small shops, parking lots and various types of residences in the area. Organized and chaotic street parking with neighborhood gatherings, street chatter, hanging laundry outside the window, and temporarily storing items in front of the door and/or home during daily living. It is an alley where one feels life.

Neighborhoods were used to have strong social ties in the past with the street house mixing residential and commercial mixed uses. Therefore, the design of traditional street houses often ignores the privacy of residential living along the street. After starting to be part of the project, we started and reconsidered the ambiguous relationship and interface between modern lifestyle and alleyways. At the same time, we are also concerned about the problem of darkness and stuffy airflow. in street houses and trying to find ways to reconnect indoor and outdoor environments.

We tried to replace the traditional wall with our handmade materials to improve the flow of air and lights in the space to keep our basic design concept. We had proposed several formulas and started experimenting with the idea. Our studio partners tried so many ratios of concrete to make the hollow wall brick as thin as possible, finally we got a 10mm thick brick. We expect our handmade brick wall to be an ambiguous facade between the street and the private house. The facade brick wall fragments the interior messages that preserve privacy when opening onto the exterior street.

When the owner was not in the house, there were neighbors sitting and chatting closely on the semi-outdoor entry stairs. The streets and the house began to merge. When the host is reading at the office, he can see bicycles and neighbors slowly passing by, but his thoughts are not interrupted. Street and indoor activities are not too exposed but not absolutely separated from each other. We have attempted to make the first floor life along the street in symbiosis with the street more detailed with our handmade brick wall application.

Hearst Castle reopens with a new tour focusing on its architect, Julia Morgan

Since May 11, coaches packed with tourists once again make the dizzying ascent to La …